Why Travel To Taiwan

I kind of booked Taipei on a whim. I had met up with my black British-migrated-to-Sydney ages ago friend and we headed into a pub in Sydney to meet his friends. We were an odd bunch, but one of them, Chris (Taiwanese) and I got talking. I had heard about Chris before, as we had both worked at an awful/terrible/horrible café in Redfern called Tapeo at different times (read more about this soon). I was telling Chris I wasn’t sure which country I wanted to kick off my South East Asian adventure from Australia; Bali was expensive, Thailand I wasn’t too keen on, etc. ‘Why don’t you go to my county – Taiwan’? We checked flights - they were cheap, the city sounded safe for a black girl to travel by herself - (Chris recommend to seek the police if in any trouble at all), plus a lot to see and do, and English was widely spoken.

Taiwan is a located to the south of Japan and the south west coast of China. The latter and Taiwan share a tumultuous relationship in that Taiwan is unclear state; China view Taiwan as part of their country as the two share a similar culture, language, and ethnicity due to a Chinese Han migration between the 19th-20th century. Although Taiwan is self-governed it falls under the category of being one of the two Chinese governments in the world. So no Taiwanese is not a language. The sentiment in Taiwan is for autonomy and this is echoed especially by the younger generation. I spent a rainy three days four nights on this lovely island in the north – Taipei, and didn’t do nearly as much as I wanted.

​Cheapest Time To Travel To Taipei

First things first DO NOT TRAVEL during the winter months unless of course if you thrive off wind, rain, and typhoons. Avoid autumn too as it’s typhoon prone. Spring; February – May is the best time to travel as temperatures rise between 20-30 degrees. Also, June - August if you can handle hot hot weather.

Arrival at Taoyuan airport gives you two options to get into the centre of Taipei where your accommodation is likely to be; bus or Metro. As you’re probably backpacking, taxis are out of the question so let’s pretend they don’t exist. As of March 2017, the Metro service is now running from both airport terminals 1 & 2 into central Taipei. Easiest thing to do is to buy an Easycard (a top up travel card – like the London Oyster card) at the terminal station. The Metro system in Taipei is excellent and is the easiest/cheapest way to get around town. The Easycard will cost a big fat NT$100 (£2.50). The cost of the journey to get into Taipei Main Station is NT$160 (£4.00) so it’s worth putting enough money on your card to cover the whole cost of your few days travel. Topping up is easy and can be done at convenient stores where you can also use your Easycard, and also to pay for products in vending machines.
If you prefer to take the scenic route like I did – bus into Taipei is the one for you. Also, in my case, the Metro terminal service wasn’t up and running in 2016. Tickets cost around NT$100 (£2.50) which you can purchase from the kiosk or a machine (depending on the time you arrive at the airport). The Bus may not take you all the way where your accommodation is situated so just check your route beforehand – I had to take a taxi to my hostel after the bus dropped me off. Both Metro and bus services DO NOT run 24hr so beware when booking your flights. 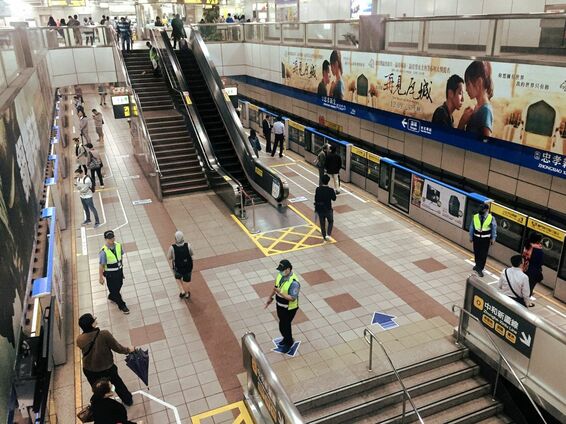 Things To Do In Taipei

There are plenty of cheap hostels in central Taipei costing from £6 (still expensive for SE Asia) and upwards. I stayed in the Hey Bear capsule hostel which was not cheap (£10), but it truly was a capsule experience which came with many modcoms such as; privacy, security box, privacy, 32" flat screen, privacy, toiletry basket, and did I mention privacy? Hey Bear hostel is in the Sanchong district - a bit further out from the centre which explained why I didn’t see any backpackers (a good thing and a bad thing), but as mentioned above Metro links are excellent and there were many places to eat and drink. 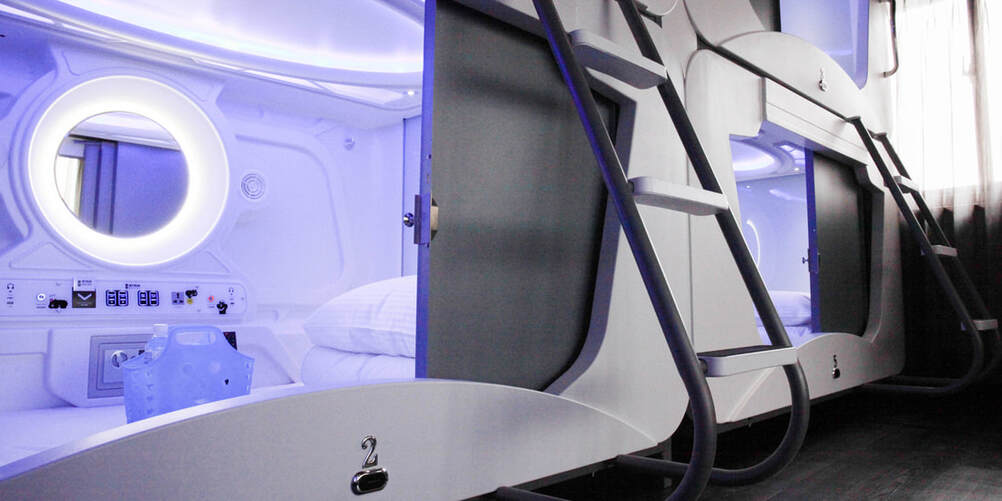 ​Schung Ye Museum of Formosan Aborigines
This excellent little museum focuses on the indigenous tribes of Taiwan (bet you didn’t know that Taiwan had such tribes – I didn’t), of which there are sixteen. Through the detailed exhibits showcasing family, art, gender roles, belief systems etc visitors are able to get a better understanding of Taiwan. This is in stark contrast to the National Palace Museum a short distance further up with its impressive entrance and visually stunning architecture showcasing ancient Chinese imperial art and artefacts. I visited both museums and can say the Schung Ye was my favourite – I ran out of time and didn’t get to experience all it had to offer. Word of warning – don’t be fooled into buy the audio guide at the National Palace museum like i did, it’s a waste of money! Entrance fees; Schung Ye Museum NT$150 (£3.70), National Palace NT$350 (£8.70) - a joint ticket of the two costing NT$400 (£10) which can be purchased at either museum. The National Palace museum have up to six free entrance days on specific holiday dates. Check out their website for more info here; https://www.npm.gov.tw/en/Article.aspx?sNo=02007001

​Jiufen is located one hour east of Taipei and is a mountain village known for narrow streets, tea houses, and food. It’s been referred to as the Santorini of Asia due to its mountainous lookout towards the sea and hill top views.  Oh Jiufen Jiufen Jiufen! I really wanted to enjoy you but I didn't and I think it  was down to expectation. What I had read beforehand really hyped the town up and I anticipated to feel as if I'd stumbled upon a secret part of Taipei and more. And I did but so had everyone else. That being said it was a rainy and miserable day not to mention SO many tourists - to the point it was a battle to enter shops, so this added to my disappointment. But I could feel the charm of the old town and it is full of delights for the five senses, especially if one is a foodie, then this is the place to stuff your face. Be warned the old town gets extremely busy but stick it through – just for the view alone. GET THERE EARLY to avoid to try and avoid the crowds. I used public transport to get there, and the journey to and fro was my highlight as I was able to navigate metro, local bus and train all in one day and was immensely proud of myself. The below blogs were my bible in helping me doing so;
http://www.travelcoconut.com/from-taipei-to-jiufen/
http://thesmartlocal.com/read/things-to-do-taipei

​Known as the Shibuya of Taipei, not only for to its busy pedestrian crossing and HD advertisement screens, but for it being a busy shopping district and a haunt for foodies, fashion conscious, street entertainers and the yoof. I enjoyed the ambience of Ximending and it was eye opening seeing the different subcultures of Taipei. I bought a few things here, but it’s not cheap, apart form the magnets.  Weirdly enough shops close way too early for this bustling spot. Metro – an easy peasy journey. 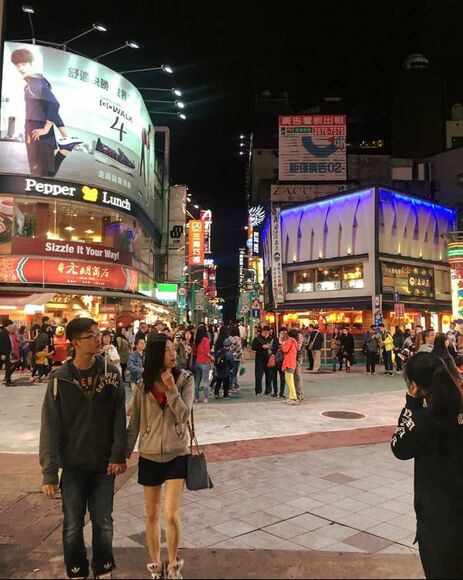 This was my first visit to a temple in Asia and I was impressed yet perplexed. Longshan is the temple to visit in Taiwan and the architecture is beautiful, with it being built in the 18th century and has since been reconstructed due to World War II bombing. After my foray into this temple I realised that I don’t actually like temples or any other places of worship to visit as a touri – sorry I mean backpacker. I find them boring and uninteresting and feel sorry for the actual worshippers. But Longshan Temple is beautiful and if you’ve got to do a temple then do this one. Metro – nice and easy journey. 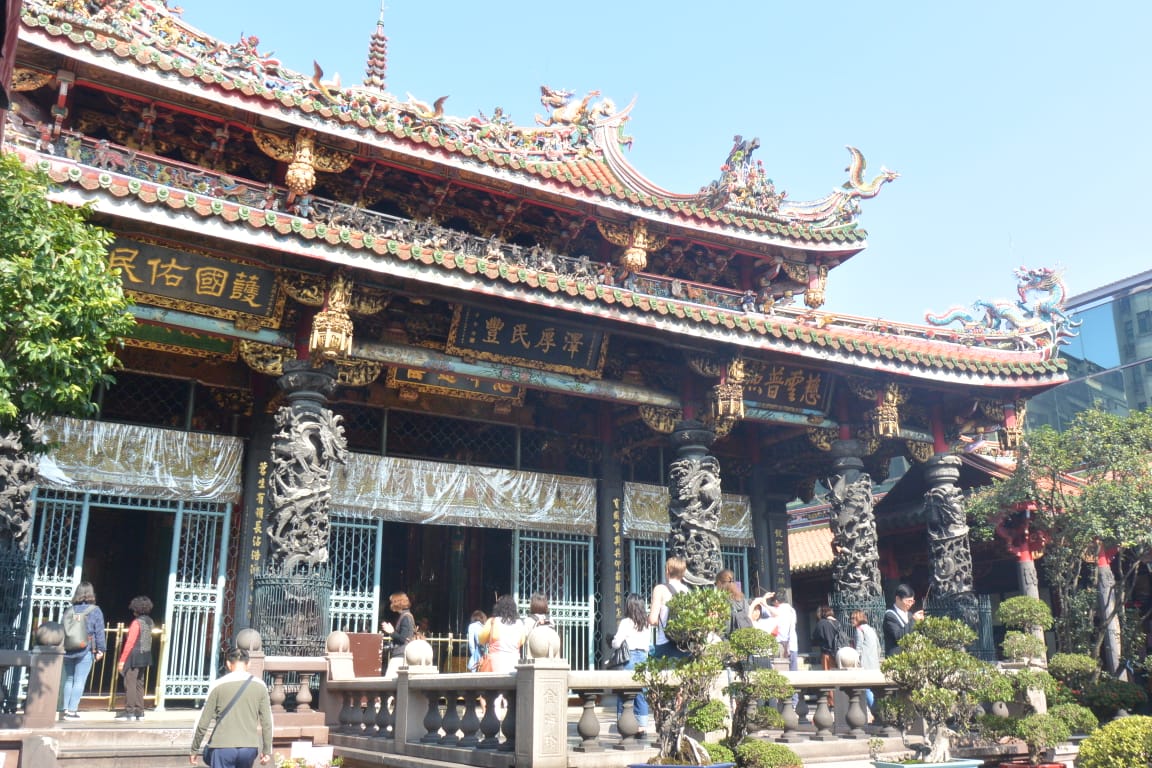 You’ll probably hear this a few times from me – I eat to live. I have not interest in food outside of that, apart from the fact I’m privileged to eat three square meals a day. Now with that being said why I am writing a food section you ask? Because it’s Taipei, my blog and this is what I tried;

An institution in Taiwan - the most famous bubble tea shop. My friend Chris told me to try the Yakult green tea. To put it politely it wasn’t for me. Nor is bubble tea. Many stores throughout the city. 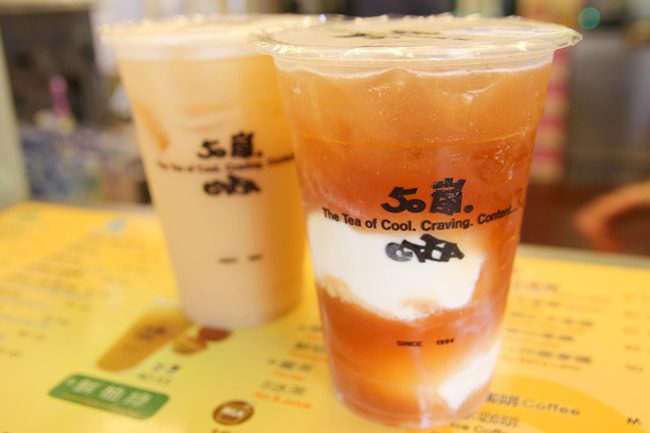 Noodle shop located in the Ximending district and known for its tasty noodle soup with pieces of pig intestine. Sounds disgusting but it is very tasty. I stumbled across this stall just out of curiosity due to seeing a crowd of people – unbeknown to me I was in the queue and ordering a small portion (NT$50/ £1.20 in 2016) not knowing exactly what I was ordering. There isn’t a dinning area so standing and slurping is de riguer. I even met my first friendly stranger here – an older Chinese Canadian on holiday with his wife who informed me Ay-Chung was famous is street food. 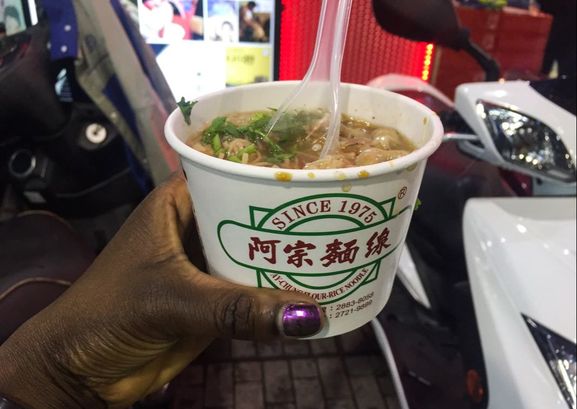 Me with Ay -Chung noodles

It’s not Taipei but situated to the southeast coast of the mainland is Orchid Island – one of the last vestiges of indigenous Taiwan. I haven’t visited but I’ve heard it's difficult to get to, hard to find accommodation, and lacks backpackers! Sounds like my kind of trip and on my hit list for when I return to Taiwan.

If you wanted to hit the Asian mainland there are a few options as Taiwan is close to China, Japan and South Korea. There are direct budget flights from Taipei Taoyuan Airport to some of the major cities. A one way flight to Tokyo takes between two and half hours -six hours and ranges from £87 +. There is also the three hour fast ferry option to China from Taichung port (East coast of Taiwan) to Pingtan island - China which connects to nearest city of Fuzon via shuttle bus (under two hours journey) with bus tickets costing £6. The booking website for ferry tickets is in mandarin but google will translate: http://www.tourking.com.tw/ocean/price.php. However, tickets seem a little steep at £85 for budget travellers, so maybe you'd want to consider the other overnight ferry routes to China.  There was a ferry route to Japan - Okinawa but this ceased operation in 2008, and the only direct route to South Korea is a flight.

What To Expect In Taiwan/Taipei

As a woman of colour did I get stared at on my first country in Asia? Yes I did, but it wasn’t malicious or nasty and I had braced myself for it. I expected the worse using the Metro – but it was the opposite; few people would look at me then continued glued to their phones. In fact, it was the few white people I’d randomly spot who eyes would pop out cartoon style upon sighting me. 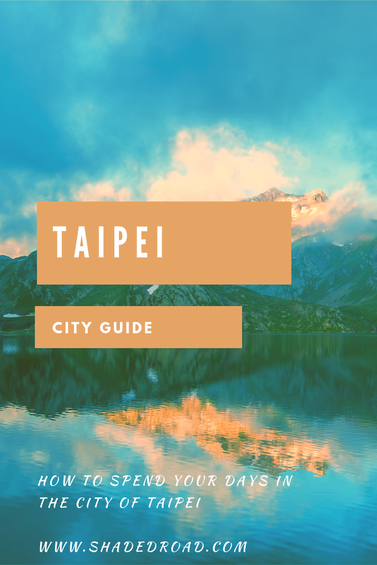