How I spent Three Days In The Catalan Capital

August 2019
by Shaded Road
I love the beautiful Catalan city of Barcelona. Yes, yes, I know it’s been said before and will continue to be said. But the truth is the truth. And you can believe I’m telling the truth because, to be frank, Spain never appealed to me as a place to visit. But that was before I went to Barcelona for three days with a group of friends for a sports competition.

This post is by no means a guide to the city, as I would be doing you all a disservice by calling it that. So what follows is rather a ‘what I did in Barcelona’ post, which I hope will inspire you to pack your bags and go to this once important Roman city, and now a vibrant, cultural, colourful city, shaped by art and Gaudi. 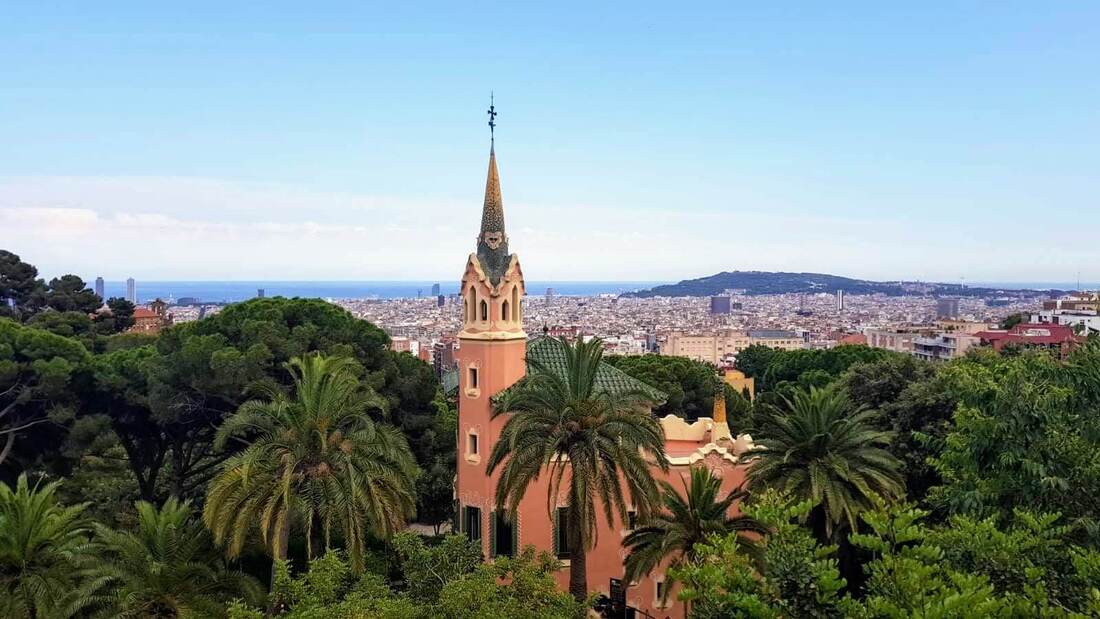 My friends and I flew into Barcelona Airport terminal 1 from Gatwick and caught a taxi into the city, which cost $42 (£37.64). Although we shared it three ways, a better alternative is to either take the metro (£4.90/ £4.39) or the Aerobus which take you straight into the centre. For my return journey, I took the Aerobus leaving every five minutes from Plaça de Catalunya—known as the heart of Barcelona—direct to the airport, costing £5.90 (£5.29) one way, and I was able to buy a ticket on the bus. 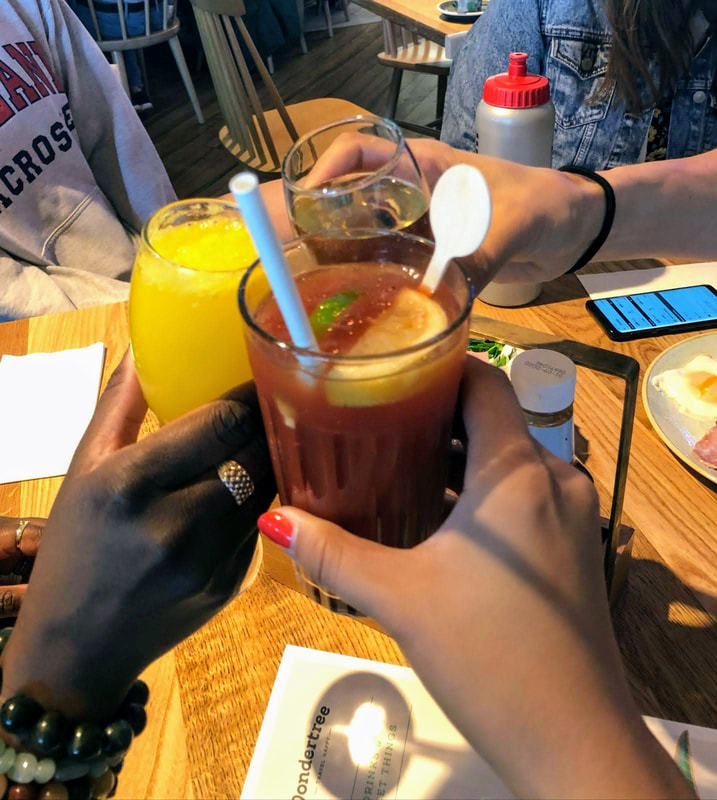 Barcelona is truly colourful and artistic city. Its mix of traditional and modern architecture is everywhere, just waiting to be appreciated. Walking or even taking the bus, is the best way to take it in. For instance, just by looking up you can spot beautifully decorated balconies. They’re everywhere—no exaggeration—with proud Catalonia flags and flowers hanging off them. The majority of the residential buildings in the city have balconies and this is what gives the city centre a traditional feel and aesthetically pleasing to the eye. The other thing I noticed was that the city was bright. Granted, I visited during June (northern hemisphere’s summer), so you’d expect it to be sunny, but, I mean, it was still bright at 8pm! And coming from the U.K. where it’s grey 99.1 % of the time, being in the light gave me energy and made me want to explore the city even more. 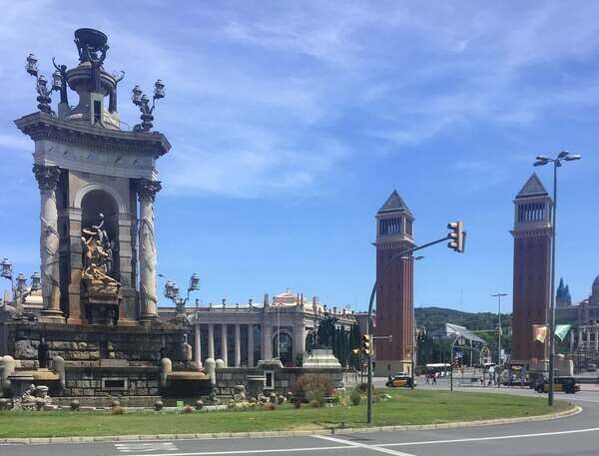 Plaça d'Espanya (Spain Square)
​I walked around the Gothic Quarter—the centre of the old Roman city—and enjoyed the ambience and labyrinth of the many streets leading to stores, bars, outdoor vendors, and restaurants. This was a good place to shop. I was able to buy a few bits and bobs. I even tried to haggle, but the seller Was.Not.Having.It.
But the most remarkable aspect of the city is its relationship with Gaudi. You could say that the city centre pays homage to Antonio Gaudi, and that Gaudi pays it back to the city. Either way, you can’t get away from Gaudi and why would you want to? The craftsmanship of his work is stunning. It made me marvel at the unorthodox masterpieces for traditional functions. 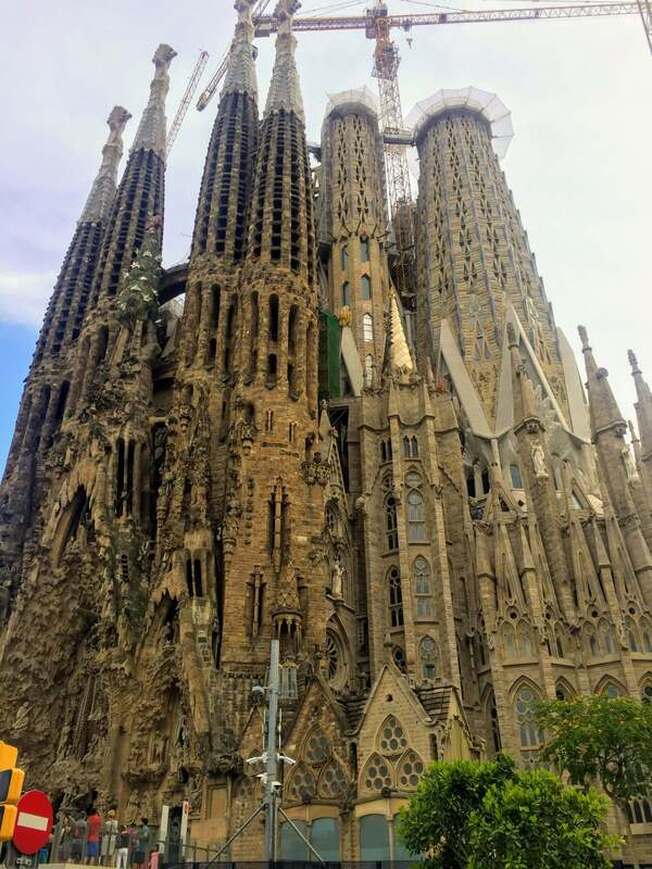 You would have read else where on this blog that food isn’t too big on my agenda—I eat to live. However, after being in Barcelona, I understand why people love food: it’s a way of life! I met up with a friend whom I had met in 2016 in a place in northern Thailand called Pai. She had relocated to Barcelona from Canada a year ago, and I asked if we could go for Tapas as I had never tried it. We met at 11.30 pm yes 11.30 pm and started eating at 12 am. Yes, you read correctly! It is de rigueur to eat dinner after 11 pm in Barcelona. We ate at Vinitus restaurant and ordered a selection of Tapas. I tried mussels for the first time and deep fried camembert coated in chopped peanuts—I love cheese but this was quite heavy and rich and the peanuts were way too much for me. I didn’t get the chance to have a drink in one of the many cute bars dotted on every street corner—like pubs used to be in England—let alone drink in the morning, as I some of the people I spotted drinking leisurely at 11.30 am. But my friend did give me a lift back to the hostel on her scooter. I felt like a local. And on that note let's take a moment to appreciate my friend who's been living la vida loca in Barcelona and driving her scooter like she was born to it. She first had her training of scooter riding in the awful winding roads of Pai (Thailand) and if anyone knows about that journey then you know​. 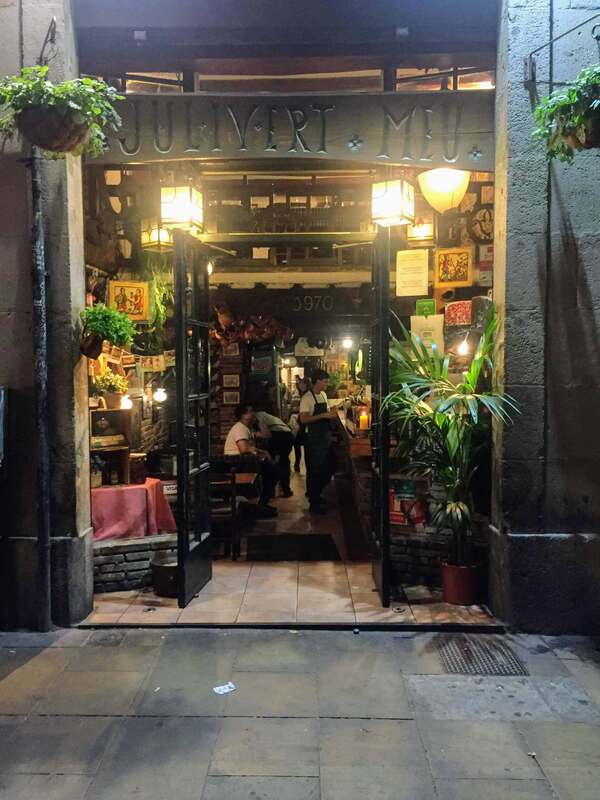 This may be a little known secret but Barcelona is a PAAAARTY!!! city. I noticed that while walking down the busy tree lined pedestrian Las Ramblas boulevard around 1 am. Every other person was a club promoter trying to persuade us into their club with the sweetest offers! We ended up at the Boulevard Culture Club, which was free before 1.30 am, and eventually left at 4.30 am with the party still going on. 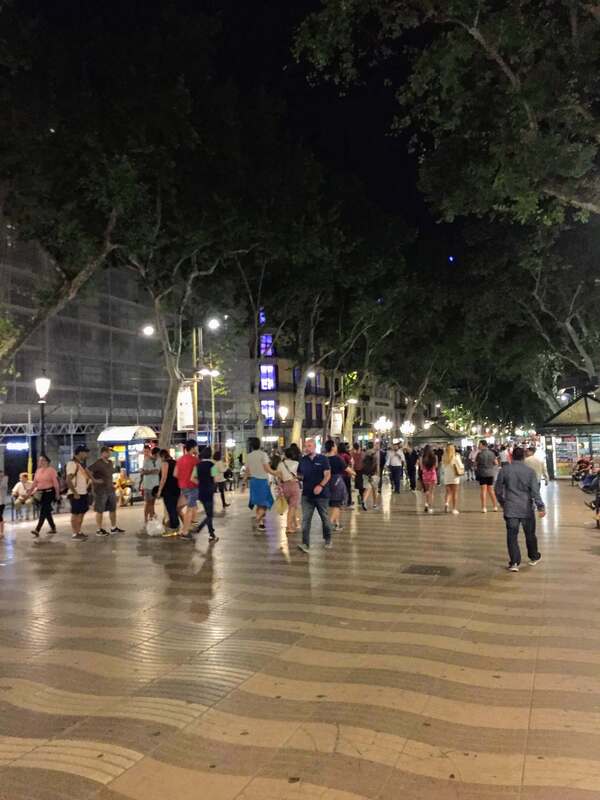 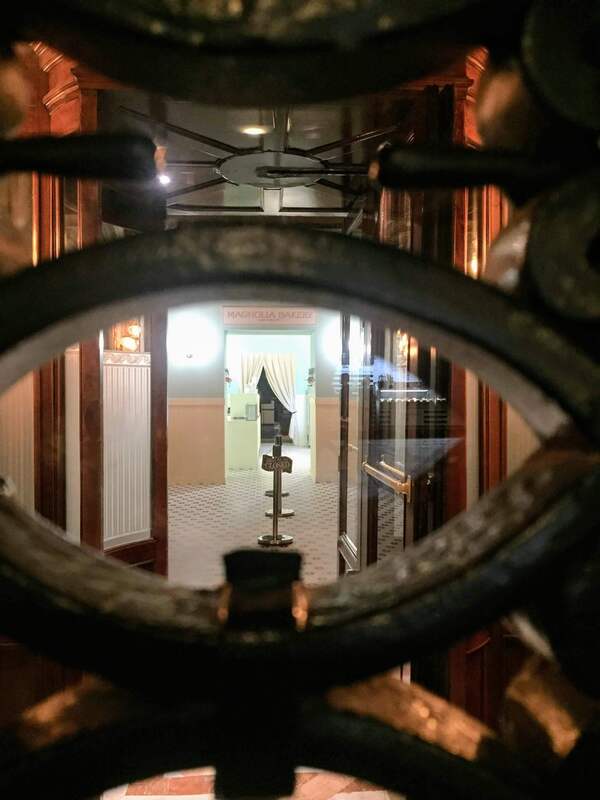 The other thing about Barcelona is the beach. Although man made for the '92 Barcelona Olympics I had a dip in the Mar Bella Beach section and the water was freezing. But, to be fair, this was after 7 pm. Despite that, it’s a beach in a city and you can’t really go wrong with yellow sand and Mediterranean waters. So do yourselves a favour and go to Barcelona! 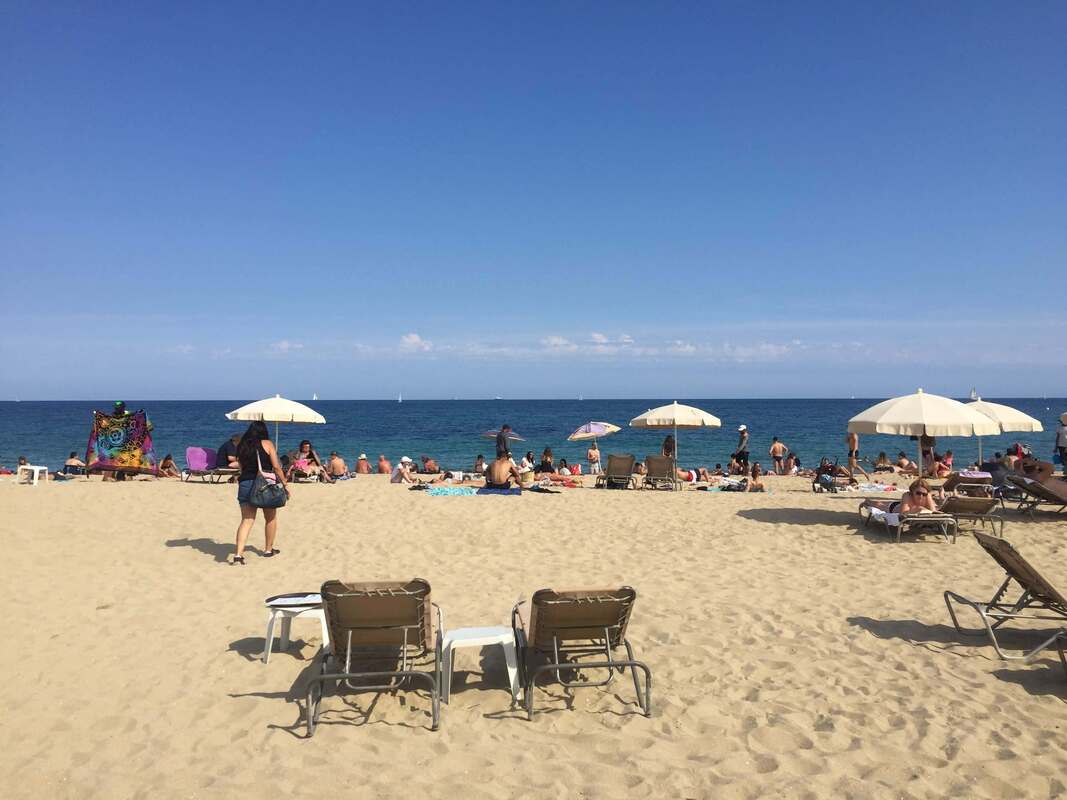 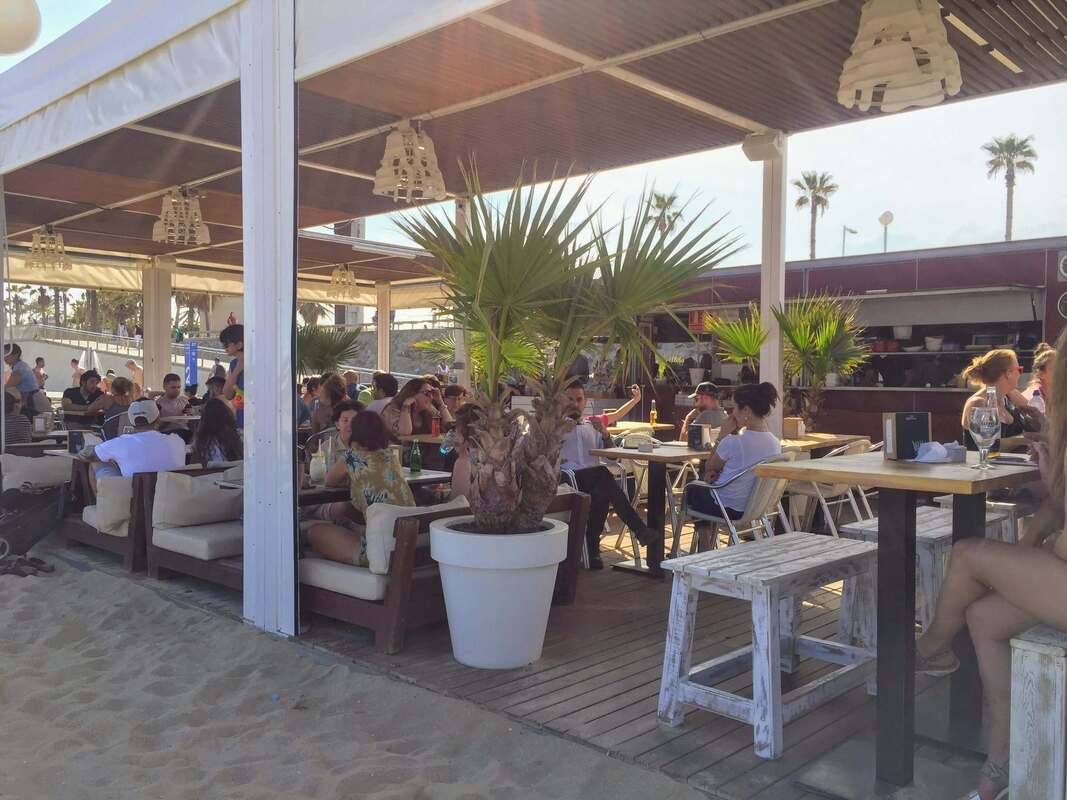